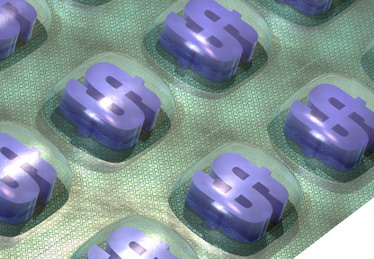 NPS’ drug for Short Bowel Syndrome (SBS) – a rare disorder that causes malabsorption when a significant portion of the small intestine is removed as a result of Crohn’s disease, trauma, cancer or other conditions – Gattex is priced at $295,000. It might seem a lot for most people, but there are 3 logical reasons for it being so expensive.

First and most obvious is the fact that orphan drugs are generally pricey. It’s a simple formula: it takes hundreds of millions of dollars to develop an orphan drug, and companies must recoup their investment, so when you have a small patient population who benefits from that therapy, its price must be much greater than a regular drug.

Second: there’s no competition in the market. All the other treatments to SBS, there are two currently approved, hardly meet their desired results to treat the disease, and act a supplementary option.

Last, but not least, is the cost of the current non-drug therapy, the parenteral support or PN, through which patients intake nutrients and fluids to compensate the malabsorption of the gastro-intestinal system. Patients with SBS pay between $180,000 and $570,000 per year for the treatment. Gattex reduces the periodicity of PN significantly, slashing its costs. So, in the end the added cost of the drug is less than the cost reduction with PN that it implies.

These last two justifications are more applicable for the nature of SBS, but can also be the foundation of other orphan drugs, like Alexion’s Soliris, expensiveness. In conclusion, these standpoints make Gattex and most other orphan drugs prices justifiable, but the real issue is whether the payers’ financial operations will sustain as new orphan drug launches ramps up.

Orphan drugs pricing and reimbursement issues are constantly addressed at the World Orphan Drug Congress USA and will once more be central at next year’s edition in DC.